Roadside worker from Sarankan on Vimeo.


Roadside worker
Posted by Sarankan at 22:17 No comments: 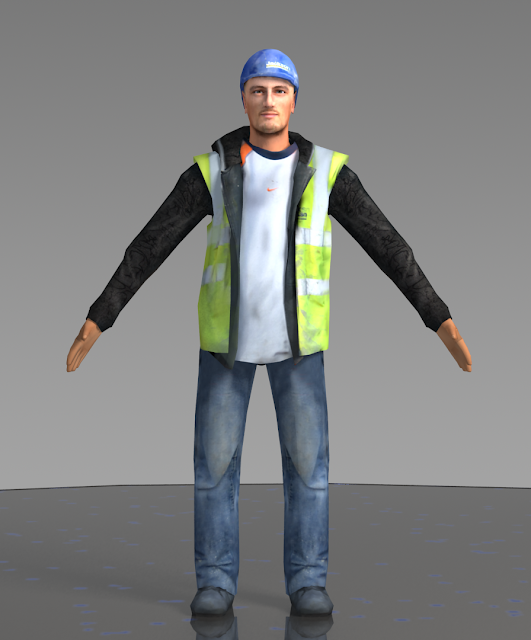 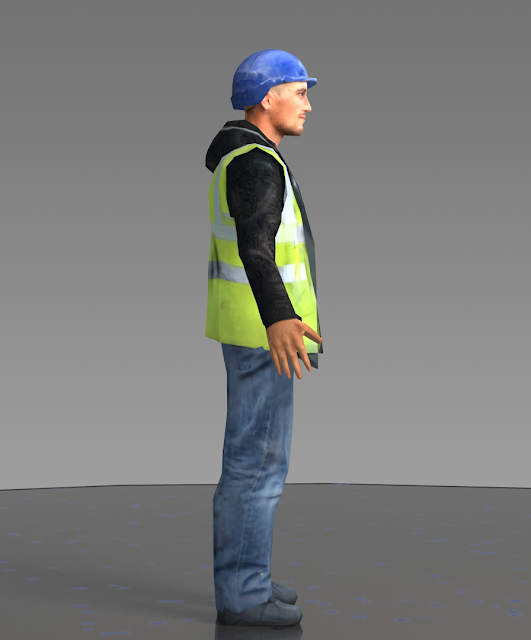 The character is near completion and this was a near finished render. I will get real-time renders done in udk,cry and marmoset since a ral time render is the final goal. My computer is insanely slow so the texturing took longer than expected (wish i had the uni machines) so far the tris count is about 3.9K which I am pretty happy about and again im still doing some final tweaks to get the topology better for the pose.
Posted by Sarankan at 14:11 No comments:

Hey Mike these were the refs I mainly used. I tried to get the dude to do a tpose but the guys was too shy/suspicious and this was all I managed...and in the moment i completely sort of forgot to go back and zoom in . Im fixing the mistakes u mentioned..and when I look back on the picture I think the legs start higher than my model which made my model look like he has shorter legs and will also address the arm issue. I'm also referring to a generic human proportion to get the basic proportion fixed (hoping anyway..) will post once changes has been made and uved.
Posted by Sarankan at 12:44 No comments: 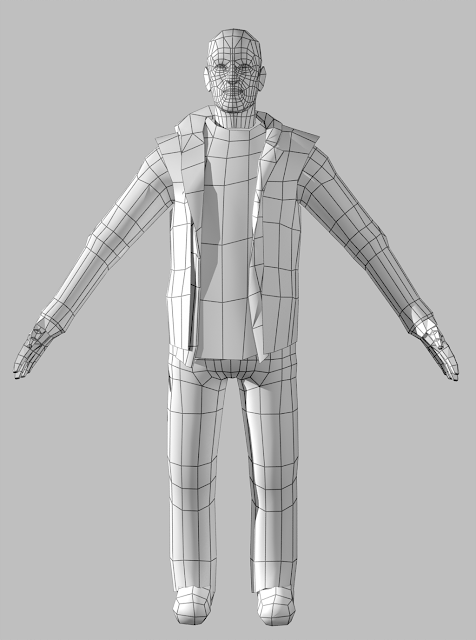 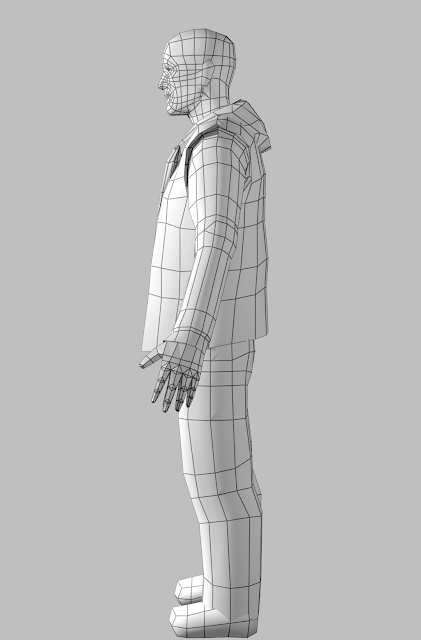 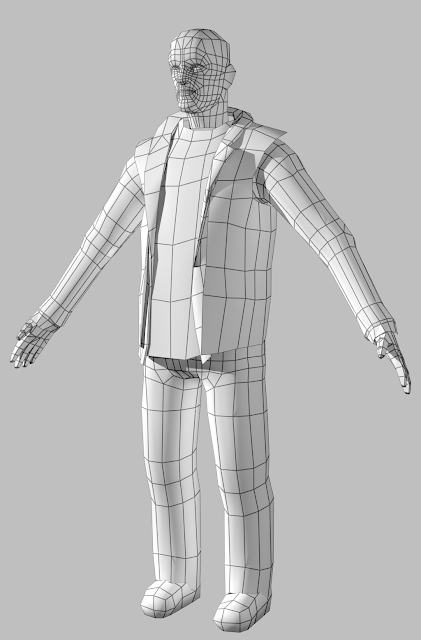 Yesterday I managed to do a block out of all the main areas, I still need to do the helmet but aside from this I need to tweak a lot of the loops and get to look fairly dynamic as I wont be using any normal map for this. I should also ensure that the mesh deforms properly as I intend to pose it once finished but besides this when I look at the model overall I also want to slightly balance out the detail throughout the model as the face and hands look incredibly dense even though its not. I was very indecisive on the some areas like the shoulder topolgy but after some reading and research I went for this topology as I think it would give fairly decent topology and its a baggy jumper so I didn't feel the need to do a specific shoulder/ topology.

I know the model looks quite blocky which I intend to fix this today and do some minor noodling for a bit and fix some topology and then get on uving straight away. I not in favour of going back and forth endlessly to get it looking decent when i could start a fresh model and apply the stuff I learnt,  but at the same time I dont want to rush too quickly. I mainly want to try various topologies and figure stuff out everyday. As for 2d Im going to seriously take an effort to do some studies for anatomy and gonna start by looking analyzing  the skeleton first.....only because I finally kinda have access to one.
Posted by Sarankan at 10:38 2 comments:

We usually watched movies on Wednesday's in uni and these films are carefully chosen by Mike and although the movies were good, some of us thought this felt like a distraction and a lot of the time we never turn up and never really saw the point but now I can finally see the point. Since the holidays started I tried doing some sort of work everyday and at the beginning it was great as I was doing something different but the past week or so my focus was on this low poly character that I've been working on so I had not done much 2d work or done anything else so I can honestly say watching a good movie definitely refreshes your mind, especially when you have been non-stop working on the same thing all week.

I did a quick sketch of a scene (about 5-10mins) that I thought was pretty good. I think the scene was that schindler has sort of came to say good bye to his accountant who he has grown to like and they both have a last drink. The accountant is obviously a Jew which makes the scene even more dramatic because of the fact that he is seated in front of this high status wealthy man (schindler) acknowledged and treated like an equal. There are also streams of light, god rays coming in from the right which makes the scene even better and dramtic; like turning point for Schindlers.
Posted by Sarankan at 20:50 2 comments: 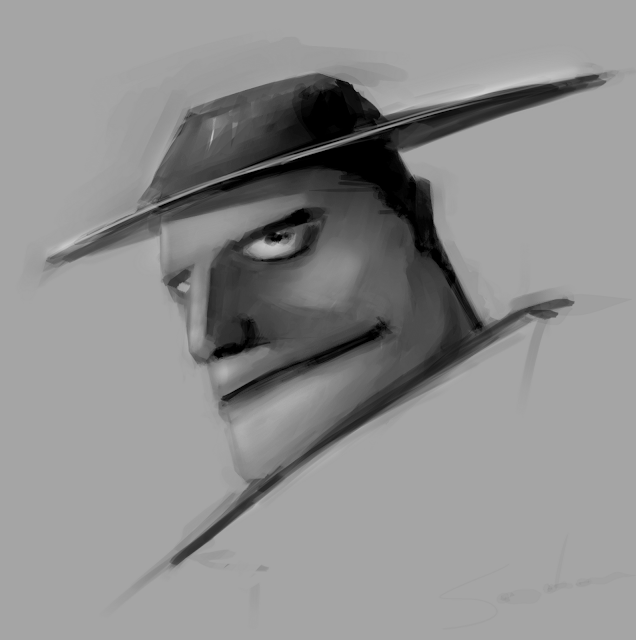 quick sketch on a very stylized character...he looks like some villain..i think:)?
Posted by Sarankan at 20:59 No comments: 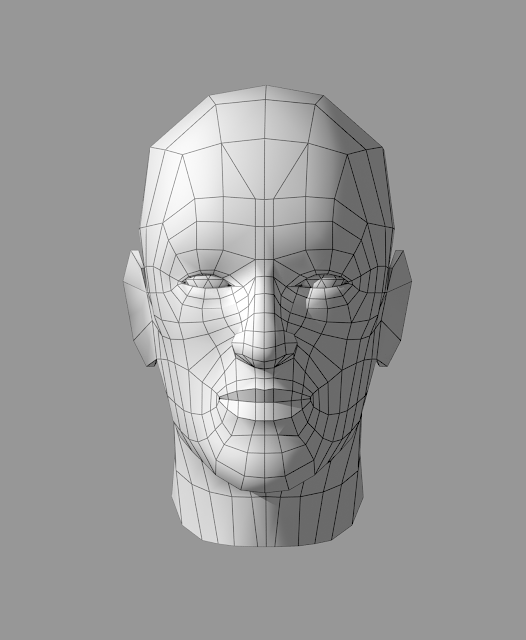 Today's face modelling and basic texture block out. A different topology to the female i modelled, Im still tweaking this by adding detail in various areas and was thinking of pushing this towards a potential road side worker character as I actually have 1st hand ref of a guy who happily let me take 4 pictures. The spec will be for a ps2  platform or some sort low spec handheld device with just the diffuse. some of the ps2 models Ive seen have up to 10K tris but as for this, I want to limit the triangles to about 4-6K (including props).
Posted by Sarankan at 00:41 No comments: 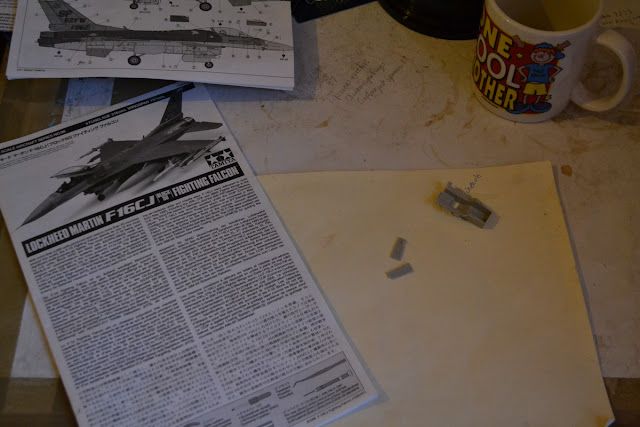 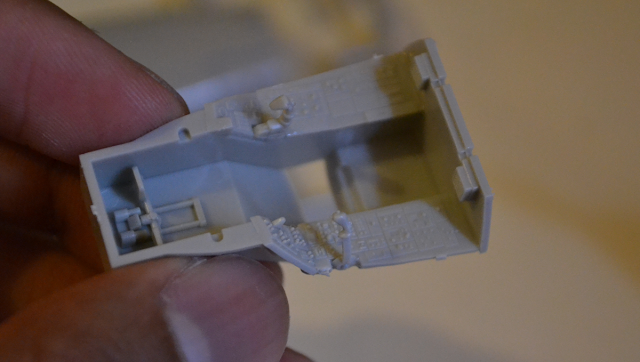 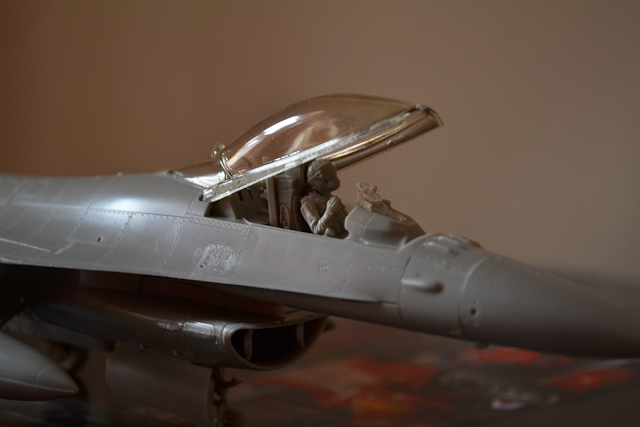 An F16 that I've been making I finally took a picture or two of this model..was pretty chuffed to bits after making it ...man was it hard....well you would think its pretty straightforward and in most cases it is but there is a real art to actually putting them together..the glue was constantly overflowing when I made this and need a slightly better approach than just handling the parts with bare hands, nevertheless it was fun:) I most certainly want to try making this incredible machine in 3d too:)
Posted by Sarankan at 23:32 1 comment: 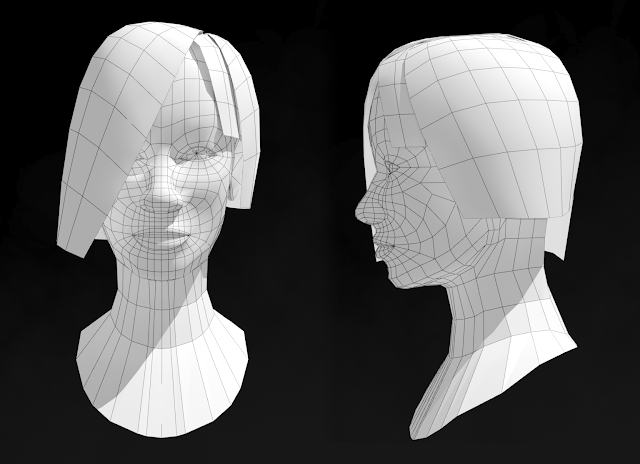 a face in max I did after Mike powells suggestion, although the topology could be tweaked I paid much more attention to the form since I constantly used reference images. I also did a few drawings of the face in 3/4 angles before I attempted it, so there was less guess work.  This looked a lot better (to me anyway:)) than the previous zbrush sculpt and in here its much easier to 'sculpt' forms since its just a simple matter of moving verts rather than fiddling with various brushes and settings.
Posted by Sarankan at 23:14 No comments:

ok, i know im improving in being able to use zbrush more comfortably but after M.Powell's advice I understand its probably best I attempt faces in max but I would still like to practice sculpting in zbrush but I will limit that to like1 hr in a day , so that way I dont waste time. Also by working in max i will be less hesitant to change things in a model as I know how to use it better..where as zbrush I sort of leave the mistakes and move on.. like that mouth.
Posted by Sarankan at 22:55 No comments:

todays sculpt..looks fairly generaic but i can personally see a slight improvement from the previous ones. T%His time I avoided using the smooth tool as this usually made my sculpts too rounded and used a different brush instead to build form..but of course, a long way to go...These faces are pure sculpts and I know I could get the form a lot quicker if i brought in a face from max but by doing it this way there is a lot more artistic freedom and also helps me to understand form, which reflects and reinforces my knowledge on 2d. The idea is to practice until I could get some sort believable face ( but mostly generic) if I learned how to consistently establish forms I could then start to model faces from photographs and this way I could push each sculpt towards a goal. The references I would use for this are film stars and well known figures, as this way it becomes easier to figure out mistakes.
Posted by Sarankan at 23:51 2 comments: 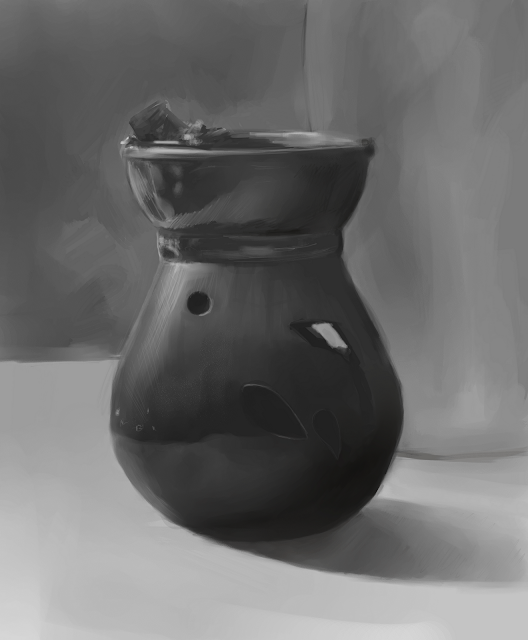 today's sketch
Posted by Sarankan at 13:34 No comments:

some more sculpts...trying to familiarize my self with the software
Posted by Sarankan at 00:19 No comments: 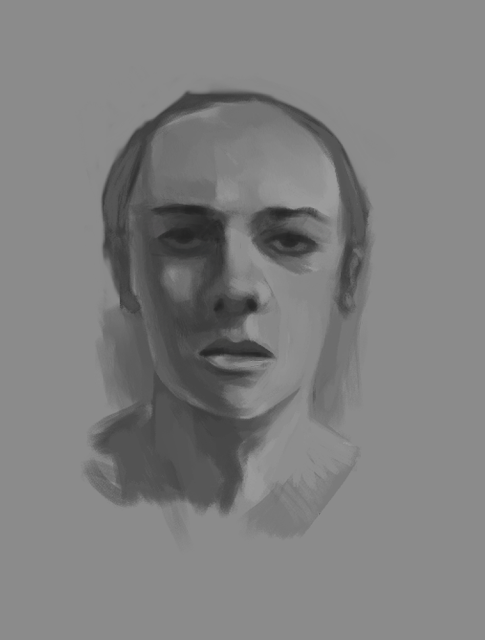 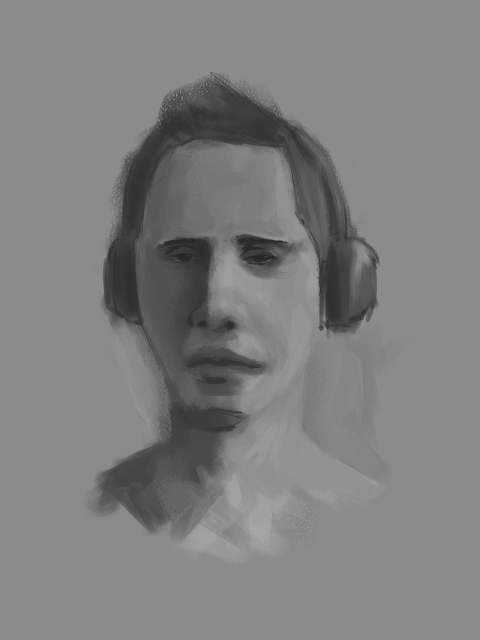 was pretty knackered and too tired to work after some circuit training today but wanted to post something so just did these sketches...i might revisit these and refine it a later time.
Posted by Sarankan at 23:23 No comments: 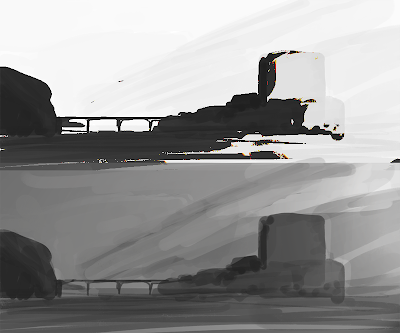 today's speed from prepsketch
Posted by Sarankan at 12:08 No comments: 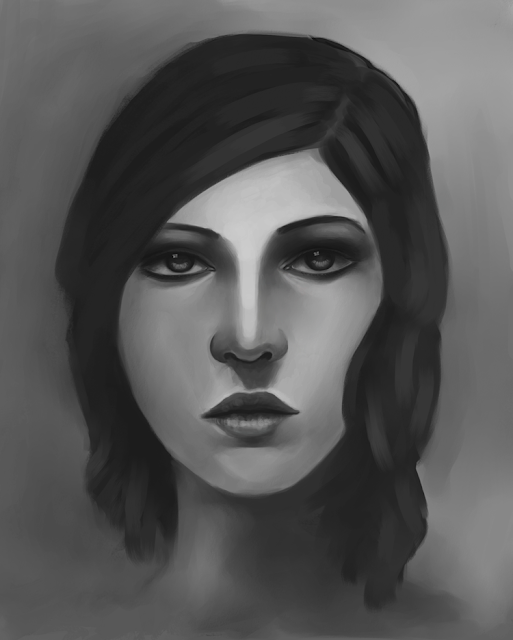 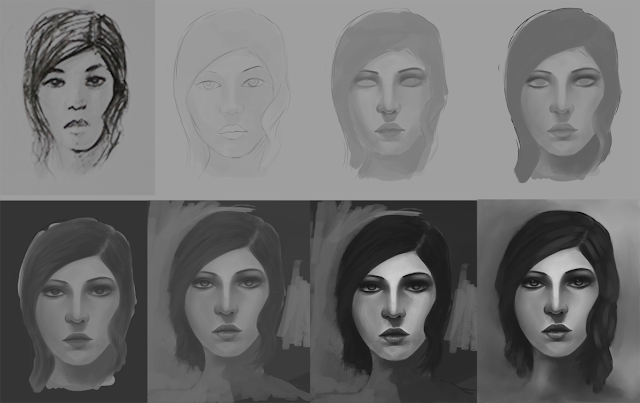 sketch developed from a small pencil thumbnail sketch,... lips needed some more work..but didnt want to fiddle any more:)
Posted by Sarankan at 14:02 No comments: 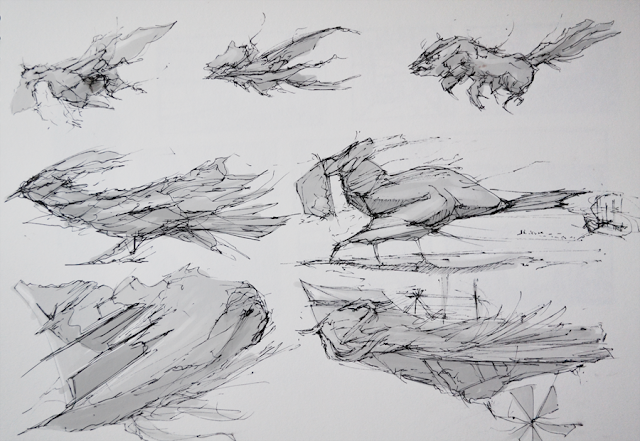 yesterday and today-A3 sheet with some ideas and abstract
Posted by Sarankan at 13:21 No comments: 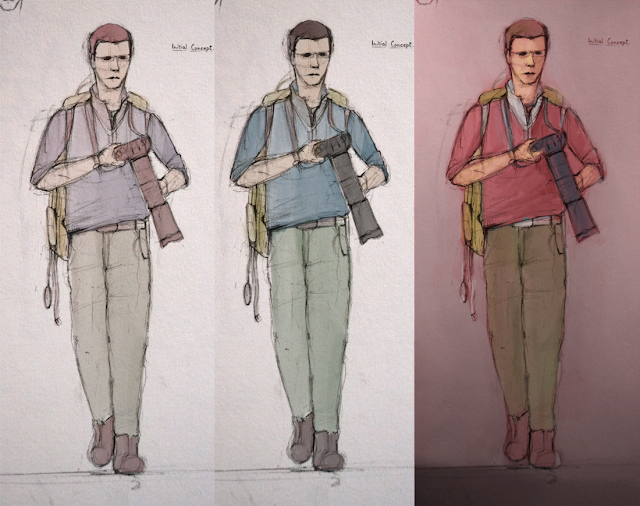 some quick colour ideas for a character
Posted by Sarankan at 13:17 No comments: 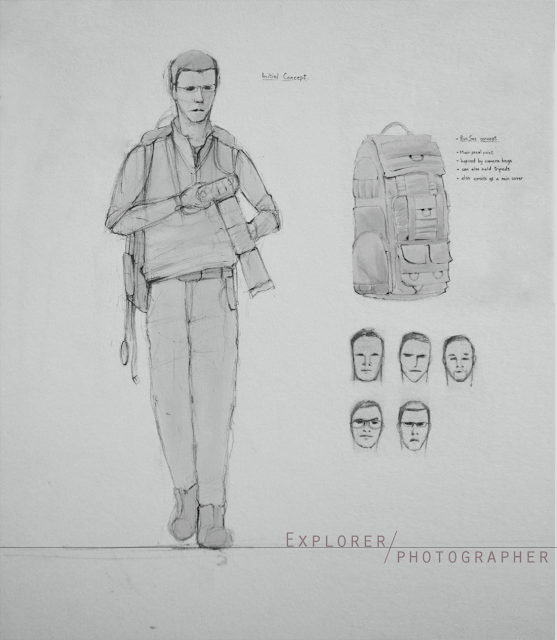 some sort of  quick explorer concept.
Posted by Sarankan at 13:01 No comments:

quick faces
Posted by Sarankan at 21:08 No comments: 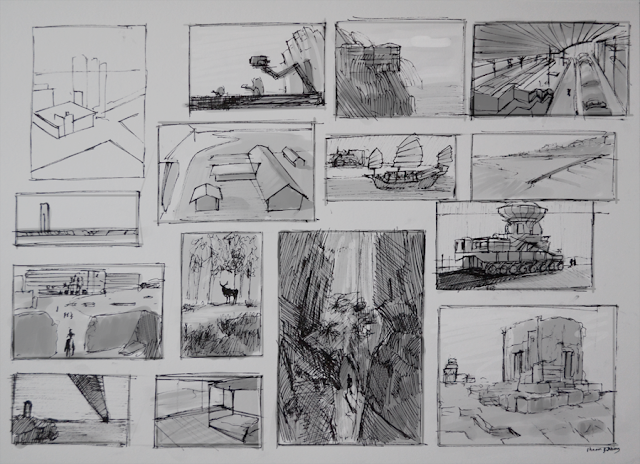 excersis done a few thumns everyday an on going thing..for ideas and stuff
Posted by Sarankan at 21:29 No comments: 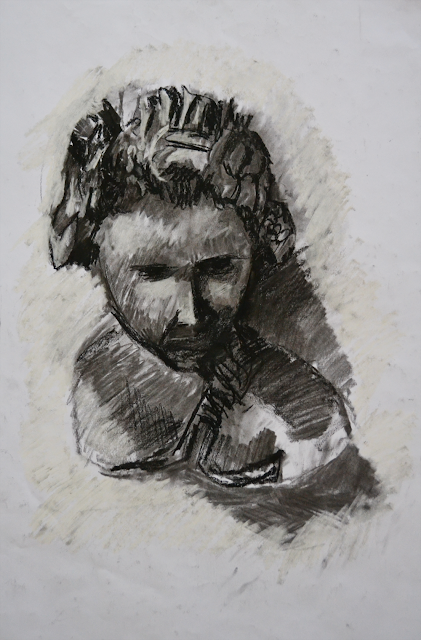 expressive charcoal sketch on A1, I actually started this in 2009 then I lost it then i found it when i was clearing my room yesterday and decided to tweak it and post it somewhere:)
Posted by Sarankan at 20:58 No comments: